Sooo, after my last post about how wonderful things were between our two little monsters, I’m pretty gutted to tell you that normal service has been resumed, (although it does make for far better blogging material, silver lining in everything!), and arguments abound, along with moaning. Arguing. Fighting. Talking back. Screaming. Shouting and a whole lot of crying. If I tell you that yesterday on the ferry when I had to listen to see if it was our stop, that I said to big girl, ‘hey let’s listen to the man sweetie, we need to see if it’s our stop’ and she promptly put her hands over her ears and stared me out, does that convey the level of defiance I’m up against?!

She is really really stubborn and it annoys me so much as I know she got it from me…..who got it from my dad…haha sorry dad! (I know he gets email alerts on my blog…possibly not again now!!) 😉 So she will  match me obstinate stand off for obstinate stand off, just as I did as a child with my dad. (Sorry again about my bedroom door by the way, those hinges took a real hammering!) Small boy has so far been slightly easier going, although it looks a little as if he is going the same way now if the last few weeks have been anything to go by!!

It amazes me the things they find to argue about.

Aside from the usual, who sits where on the sofa, who gets to sit in the highchair, (yes really, almost 5 and big girl wants to be in there too it got so bad now there are 3 of them after it, we’ve had to remove it altogether!), we currently have a few holiday extras.

Who gets to hold Hermes the lizard being the big one. I have to admit that I get involved in this too. We are not cruel lizard catchers or anything, it’s just that two days in a row now this teeny baby has needed rescuing from the pool and warming up on a hand in the sun before he is able to move around again. It’s just whose hand gets the privilege of being a lizard sun lounger! 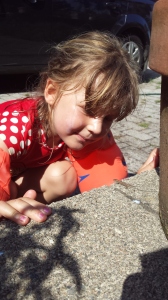 Who gets what colour spoon in their icecream. Who has the most mosquito bites. Who can swim better. There have been debates about just about everything you can imagine actually. I think yesterday probably took the biscuit though for crappy holiday behaviour though. Or took il gelato!

We have been on boat trips across lakes with the most dramatic mountains plummeting down to meet it’s shores, picture perfect villages tumbling down them to greet some of the most beautiful towns I’ve even seen. We’ve sat eating delicious ice creams in front of breathtaking vistas, eaten fresh hot pizzas topped with amazing things, like chips, (for the kids), and calamari, (for the grown ups), all topped off with lashings of delicious chilled prosecco, (for the kids…..haha, not, as if we’d waste it on those grumpy mini humans!! 😉 ) 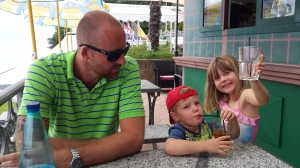 They have had swims in the pool, in the lake and been spoiled rotten by our lovely kind neighbour, their Nonno Italiano, (Italian Grandfather), yet still they behave like they should be in an episode of Super Nanny, the one where Super Nanny turns to drink would be apt!!

Yesterday, as we sat on the ferry, returning from an idyllic island with gardens that made me dream of doing something with our scrubby lawn, peacocks, normal and albino, a palace filled with wonders, I posed the genuine question to Mr PB and my lovely friend who has come to join us for a few days with her small human, big girl’s friend, ‘do you think parenting can cause post traumatic stress disorder? Will we be in our 60s and plagued with flashbacks of this day?’

Although I was half joking, I sort of wonder if it is indeed possible to be traumatised by days out with your children?!

I think we were all wondering actually. Having spent much of the day trying to keep it together as the children took turns in the tantrum relay, passing the baton of tears at regular intervals, (I actually think there were times when they were fighting over that!), we looked like survivors of some hideous ordeal. I think it came very close to us all in tears actually! It was so bad that we actually went looking for alcohol at lunch time. We didn’t find it sadly, but the intent was there! 😀

I’ll just hit you with a few highlights.

Luckily today has been a much better day. I think carrying through my threats of no ice cream and no visit to Nonno for treats has had a dramatic effect on big girl’s behaviour and a chilled out, laid back day has calmed everyone down. Probably the trip to the toy shop for a few extra barbie dolls have halted the war too!

Hopefully for the rest of the holiday because I’m not sure I’ve ever drank so much and so regularly for years!!! 😀

Isola Madre is pretty amazingly beautiful! A few of my photos from the gardens. I particularly love the frogs showering in the fountain!

Scroll on down to the bottom for a little extra section. 🙂 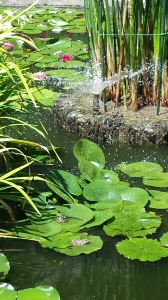 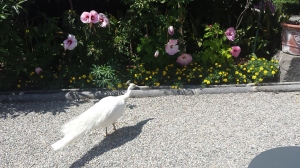 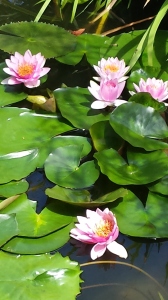 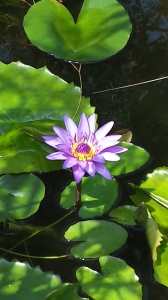 Also, I had so much fun doing my Allergic to ‘E’ Challenge, I’ve decided to turn it into a bit of a series and will be writing a sentence omitting each letter of the alphabet in turn at the bottom of each of my next 26 posts, just for fun really. So we shall start where all the best stories start, at the very beginning.

It feels impossible to write without this letter. Oh, but it is indeed possible to complete. I scribe referring to sunshine, swimming, drifting on lilos, wonderful birds doing flying jumps through the cloudless sky. Difficult though it’s been, I’ve finished, I’m feeling good, it’s not frightening like big smelly bog trolls one teeny little bit. 😀 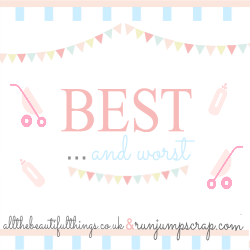 10 thoughts on “Holidays with children. Aka how to bring on a nervous breakdown!”

Find your way around